When I sit with my hook and yarn, I am at peace.

Lace made from this technique can be found in France as far back at the 17th century, and the term “Shepherds knitting” can be found in books in England from the 18th century. “Tunisian crochet” (as the French call it, “Afghan crochet” as dubbed by Americans), has a much longer history. Since it was known to be practiced by shepherds in North Africa, I believe that Europeans learned it from these men on their early trade routes. I came to crochet through my mother, who learned it in school in Guyana, when it was a British colony. Vocational craft schools were a common sign-post of Europeans in the countries they exploited for goods and labour.

In Homecoming, we see the artist at practice, the loop mirroring the repetitive motion of creating crocheted cloth. Little progress is made – time stands still. On another channel, we see super 8 film of a boat travelling the Essequibo river in Guyana and arriving at shore where a second resting boat indicate others await. Our experience of the passage is mediated through the crocheted fabric.

When I sit with my hook and yarn, I am at peace. Through this meditative practice, I am repatriated across the Black Atlantic to my confiscated African roots. 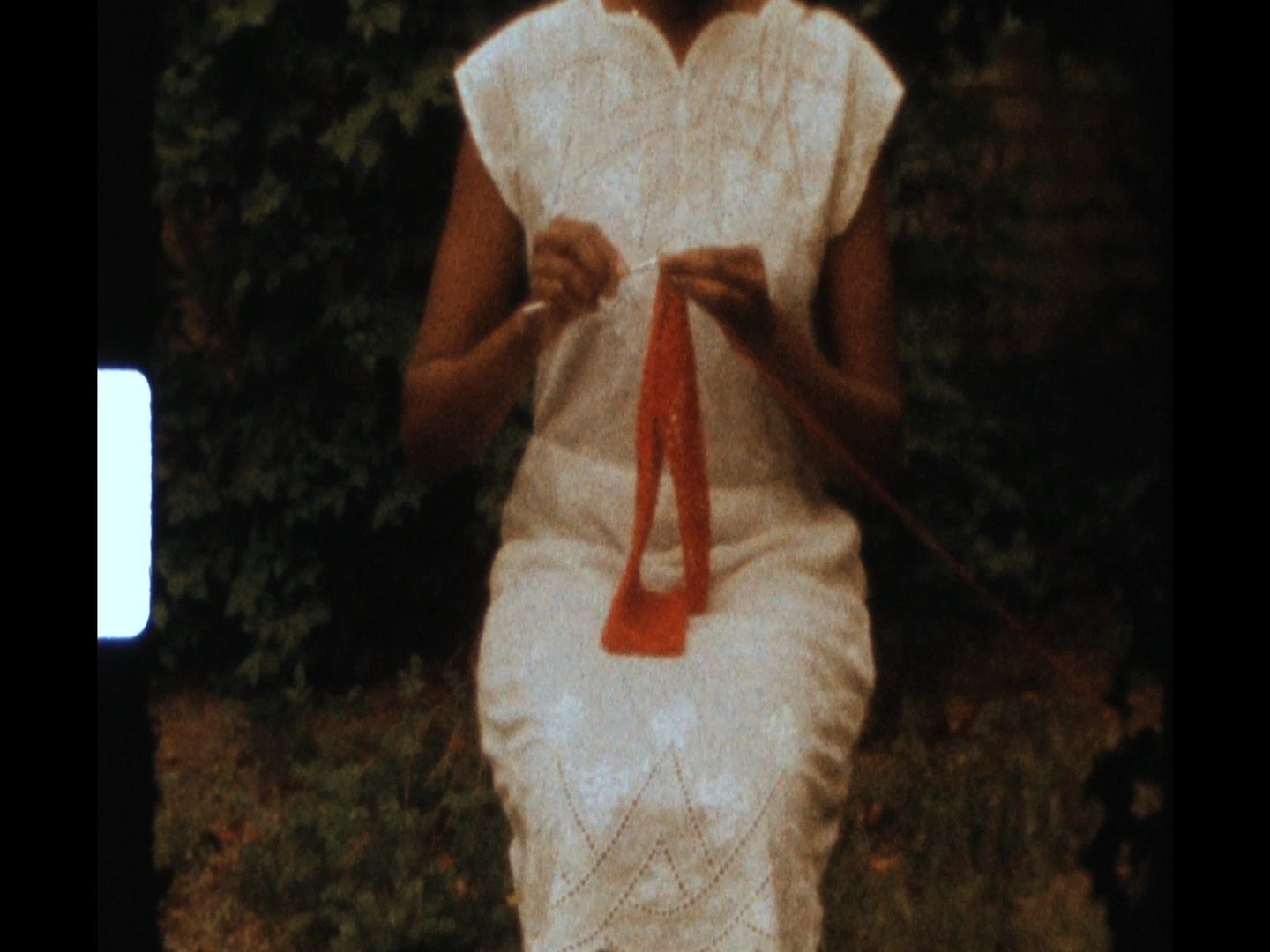 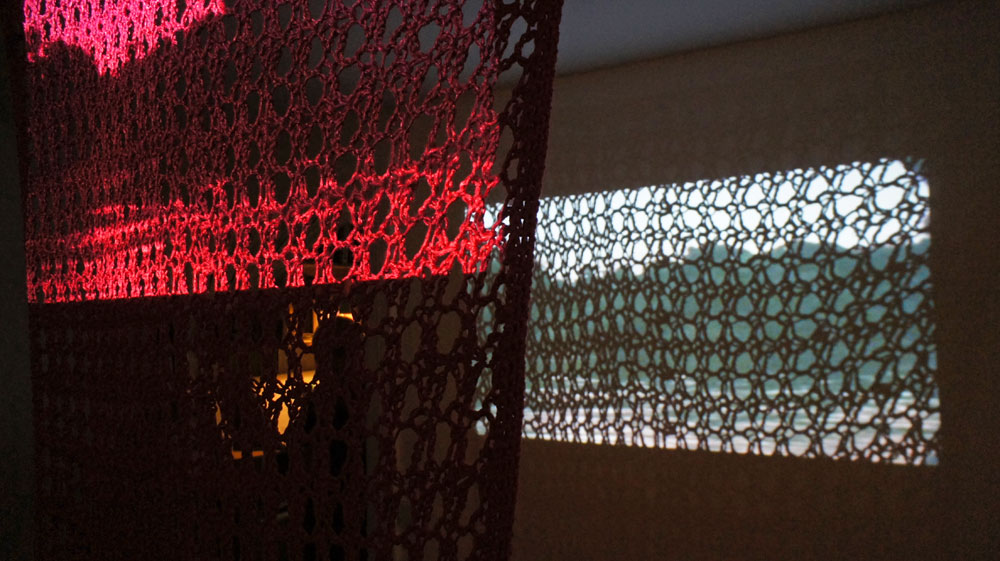